Turn Photos into Famous Art with an Online Photo Editor

Every artist developed an iconic style that is now associated with their historic era. Some paintings and designs became so popular that only a few would not recognize their creators. These traits often leave a strong impression, and when used in advertisements or individual work, the image imprints on the audience like nothing else. Photography is an art form in itself, but it does not always have a set style or character like that of a painter’s brush stroke. Turning photos into famous art is the perfect opportunity to learn some editing tricks and make your work intriguing. So, what are some famous art styles that you can imitate with an online photo editor? Pointillism, Post-Impressionism, Surrealism, Vaporwave, and Modern Art to name a few.

The 19th-century art movement was all about light and dotted brushstrokes that would convey the play of light and color. Some of the famous Pointillist artists were Claude Monet, Vincent Van Gogh, Georges Seurat, and Paul Signac. Of course, a photo is not made with paint and brushes, but an online photo editor can turn your photo into points of color. How? Take Pixomatic’s Mosaic tool for example, and tune down the density for enough detail to shine through.

Post-impressionism is a late 19th-century French movement that promoted unique ways of visualizing light and color. Van Gogh was among the first to pick up the movement and created his famous painting “The Starry Night.” Are you also fascinated with light and stars in photography but your photos lack a poetic atmosphere? The Distort tool can smudge the sky into a swirl of colors like little waves of stardust. Transforming even a part of the photo will trap your viewer’s senses.

The Avant-garde movement of the 20th-century brought many unusual art styles and writing. Surrealists were led by their unconscious mind and produced iconic juxtapositions of objects, time, and space in their works. A well-known figure of that art period was Salvador Domingo Felipe Jacinto Dalí i Domènech (or just Dalí). He was a great experimenter and a fan of unusual symbolism, as seen in “The Persistence of Memory.” Aren’t melting objects simply satisfying to look at? You can easily recreate this effect in an online photo editor with a Distort tool.

Vaporwave is a cyber culture that originated in the 2010s from Chillwave and Art Pop music styles. This type of music is known to be accompanied by vibrant glitch art, 3D renderings, and anime visuals. Can you apply a similar vibe to your photos? Without a doubt! All you need to do is capture a photo of any statue, remove background from the image, add a hint of Glitch, and change the background to a pastel or geometric scene. Vaporwave art is open to creativity and unusual object combinations but has several identifying characteristics: stripes, geometry, pastel, vibrancy, statues, sunset/sunrise landscapes, and hills.

Modern art of the 21st-century is very diverse. Artists like Flóra Borsi stand out with their use of photo manipulation and individual style. Borsi is known for her beautiful combinations of portraits with plants or animals. Matching different layers can prove tricky but Pixomatic’s color Adjust tool can make all the difference. To make a similar photo edit you’d simply need:

• an online photo editor,
• a portrait for the background layer,
• a foreground image matching the background color scheme (desirably a transparent vector from the Stock → Bing option),
• and a quick color retouch.

Do you have a favorite art movement? Do not worry if you don’t. Developing a style of your own is even more exciting! 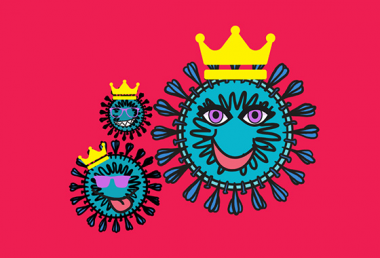