Back
Blog / Collection / 10 Spooky Movies You Must Watch to Get Your Halloween Fix!
Collection

10 Spooky Movies You Must Watch to Get Your Halloween Fix!

Halloween is around the corner! October is the season of cozy sweaters, pumpkin spice lattes, and spooky movies. We created a list of classic movies you must watch to get your Halloween fix!

The mysterious count Dracula hypnotizes a British soldier, turns him into a slave, and travels to London, where he resides in an old castle. He began preying upon young women and turning them into vampires. After Dracula set his eye on Mina. The latter's father, who is a doctor and vampire hunter, decides to put an end to the vampire's bloodlust.

The iconic film follows Dr. Henry Frankenstein, along with his assistant Fritz, who succeeds in developing a creature by assembling body parts of the deceased. The traumatized monster escapes the laboratory and causes damage in the countryside. Dr. Frankenstein must confront his creation.

Phoenix real-estate secretary Marion Crane steals $ 40,000 from her employer and decides to drive to California, where her boyfriend lives. En route, a state patrol trooper finds her behavior to be suspicious, so he follows her. After getting caught in a heavy rainstorm, Marion decides to spend the night at Bates Motel, where she meets the polite proprietor Norman Bates who has a shady relationship with his mother.

Columbia researchers Peter Venkman, Raymond Stantz, and Egon Spengler are obsessed with the paranormal. After getting fired from the university, they create "Ghostbusters," a ghost extermination service. They ended up discovering an alternate dimension, and the doorway released evil spirits. They have to save New York.

Freddy Krueger is a disfigured midnight criminal in Springwood, Ohio, who haunts teenagers in their dreams and proceeds to kill them in real life. Nancy examines the situation and realizes that a dark secret about Krueger's past might be the key to put an end to his crimes.

You're a true Stranger Things fan if you sang the title. The famous song first appeared in the English version of the German film The NeverEnding Story. The movie follows Bastian Balthazar Bux, who hides in the school attic and reads a book titled The NeverEnding Story to escape from bullies. The book is about a magical land called Fantastica that is threatened by "The Nothing," a dark form that destroys everything. The kingdom needs a child to survive, and Bastian realized that he is the chosen one.

This movie has a Frankenstein flavor to it. A scientist builds an animated human being, Edward, but dies before assembling him, leaving Edward with scissors for hands. His freakish appearance makes him an outcast, but a loving woman named Ped invites Edward to her home, where he falls in love with her teenage daughter. Despite his kindness and talent, his hands do not help him feel normal in society.

A man who is claiming to be Fester, the missing brother of Gomez Addams, arrives at the Addams' home. Although the family is beyond thrilled, Morticia, Gomez's wife, suspects that he is an impostor since he can't seem to be recalling details from his past life. After "Fester" succeeds in evicting the Adams from their home with the help of his lawyer, Gonez realized that he must act fast to save the Addams' family fortune.

The Sixth Sense tells the story of a young boy named Cole Sear who sees ghosts that have unresolved problems from their previous lives. He is afraid to talk about it to anyone except for Dr. Malcolm Crowe, a child psychologist. 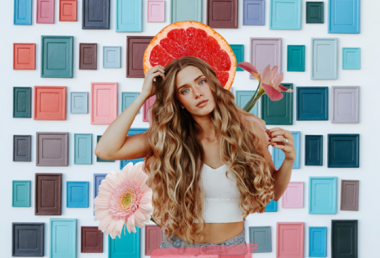